So I’ve had a Synology 1817+ NAS for a couple of months now and been using their package Video Station to index and sort the metadata of my movies and tv shows.
One of the great features of their indexing is that it utilizes some open source alternatives like TMDb and TheTVDB.
If we look at their own list of sources they claim to be using the following: 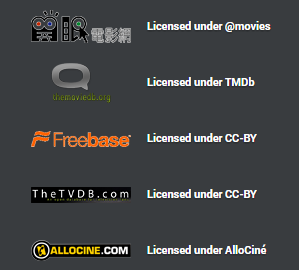 Problem is that you’re not able to choose which sources you’d like prioritized, so everything that’s automatically indexed is using the metadata of the first source that it can reach which is never the preferred source.
A small example of the indexing gone wrong: 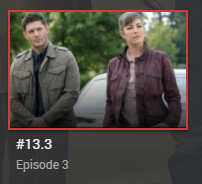 Which I then manually edited to use the right source: 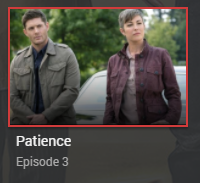 The source that I would consider crap is one provided by Synology themselves and are chosen first by Video Station, as they are discovered before the results from TheTVDB.
So how can we fix this permanently? How can we make it so that we won’t have to manually fix the metadata for every single episode of every single tv show / movie?!

It must have been my lucky day, I thought! I changed the value for com.synology.Synovideodb for both movie and tvshow from true to false and thought that it would solve all of my problems.
It didn’t… It was still utilizing the metadata provided by Synology, instead of data from TheTVDB. I even tried disabling and re-enabling the entire Video Station package in the hopes that it just had to reload the file, but I was still out of luck.

I then tried to search for sources for the episode I was testing with previously: 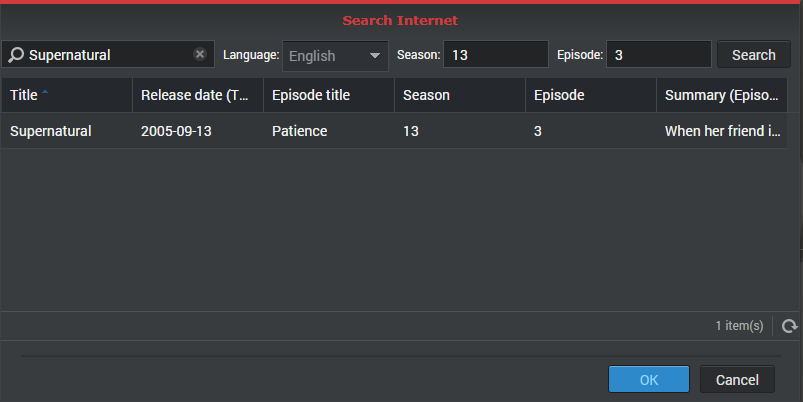 Success!! It only found one source and it was from TheTVDB and all future episodes of any tv show added after this, was automatically indexed with metadata from TheTVDB only! Hurray!

I hope that this little hint can help anyone else tired of manually indexing all of their stuff in their Synology Video Station.

27 comments on “Synology Video Station indexing with TMDb and TheTVDB”

Happy that I could of help! 🙂

You da real MVP, man! Thanks a lot for this insightful and helpful how-to. Worked like a charm. 🙂

You’re very welcome!
Just make sure to keep the guide handy, as you unfortunately will have to perform the steps again, whenever you update Video Station.
I do however believe that it is worth it! 🙂

Spot on thanks ever so much!!

Thanks so much for that!

Do you know if there’s any way to bulk update all of the episodes that are named #7.2, #7.2, etc. using TVDB or do you have to do each episode one-by-one?

No problem! 🙂
After you’ve followed the instructions, just remove all of the episodes from the indexed folder, so that they are no longer showed in Video Station, then put them back.
It will then re-index all of them and name them correctly! 🙂

This looks interesting but I have a question.. How do you find the config files for Video Station?

I haven’t been able to find any config files for Video Station either, which is why I go to the extreme here by simply moving around folders instead.

I found this very interesting, after investigating why indexing was so poor all of a sudden, so thank you for putting it out there GnaXi.

It helped me work towards an alternative method that doesn’t require modifying Video Station’s config files (and thus doesn’t require repeated editing when the package is updated).

So instead I use DNS blocking to prevent Video Station from connecting to the first sources that you, quite rightly stated, are so frustratingly useless.

As I use DnsCrypt-Proxy by PublicArray from GitHub, I use the DNS blocking in there. I have two Synology boxes, both running Video Station and DnsCrypt-Proxy for resilience, so I just wanted to minimise the maintenance when updating Video Station or when performing re-indexing. It’s also great for ad-blocking (but that’s not why we’re here :D).

Anyway, I block these:

Make sure NOT to block these (they need to be allowed):

This solved it for me. Hope it helps anyone that can use this method.

Awesome! Thank you very much for your feedback!
This would definitely be a better solution for people that have their own DNS Server! 🙂

Or for people who just want to edit their hosts file in Synology box 😉
It would actually be better to do that, SO you can still access AlloCine website from other devices 😉

I believe that the hosts file is reset whenever you update DSM?
If that is the case, you would have to edit the hosts file whenever a new version of DSM is released.
I could be wrong though?

My point was that if you have a Synology box, you already have the ability to use a DNS server; either Synology’s own or a 3rd party one which, once loaded with your preferences i.e. zones you want blocked/allowed etc., preserves them.
One question I have is; If AlloCine is giving us useless/inaccurate information, why would you want to continue to use it?

Maybe I didn’t word that so good 🙂 My question was aimed @ElMac; Why would you want to continue to use AlloCine, if it gives inaccurate meta data within VideoStation.
I’ve stuck with VideoStation so far and ‘only’ because there is a VS app on my Samsung TV (although it needs a simple but much needed feature: auto-play next video/file)

Ah! Now it’s making a lot more sense! 😉
Yeah, I couldn’t really see what other services that you might want to use AlloCine, considering how bad their current data is.

Thanks very much to everybody who contributed for all the information and help in here. It was a problem that was really bugging me as it kept finding Japanese TV shows or American versions of UK show. I used my router to block acces to the sites listed above and now all my information appears to be coming from thetvdb.com. Great solve althought the better solve would be to be able to select your preffered provider. Cheers.

Happy to hear that you got on the right track! 🙂
And I would definitely agree that Synology should make an option for this themselves.

Any idea if there is any way to make VideoStation check for TheTVDB DVD numbers as well as aired numbers?
For Doctor Who, the aired numbers are a absolute mess but VS doesn’t understand DVD numbers for specials.

No idea unfortunately. I switched away from Video Station quite a while ago now.
I would highly recommend giving Emby a try. It has much better control of metadata.

VideoStation was updated today – they’ve added the ability to choose information sources Settings>Advanced>Video Info Auto Search (and allocine is not one of them :D). However, an API key is required to be registered for each….
Despite not registering any keys, mine is still happily pulling in meta data correctly.

Cool, finally!
I did however switch to Emby a long time ago myself! 😛

I already posted this info over on the Synology forum. You can see the story here:
https://community.synology.com/enu/forum/1/post/135001?page=1&reply=427012
What does seem to be the case is that “themoviedb.org” is being prioritized for TVShows (this is my problem, movies are OK) over “thetvdb.com”.
Any pointers to move on from this mess would be welcome.